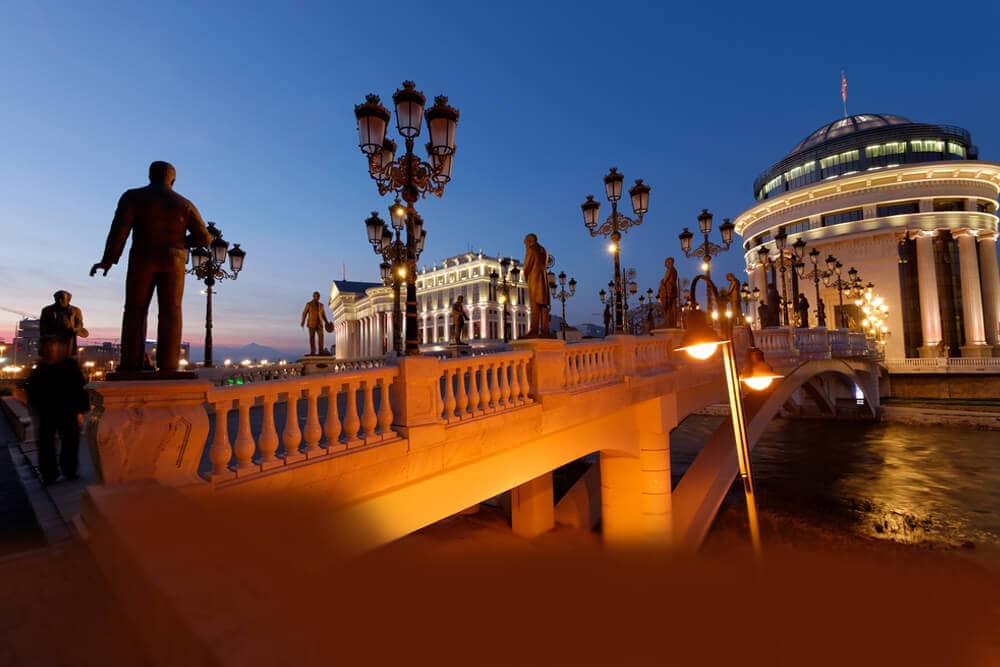 Want to learn Macedonian? Send us your requirements including age and level of the student, through the "Get started" button below and our system will match your requirements with the BEST tutors who will send you custom proposals Get Started

SOME OF OUR BEST TUTORS

I am native speaker from Macedonia, who was studying and living in Bulgaria more then 6 years.

$30
Deborah B Aquino Student
My daughter enjoyed her first lesson!

zdravo! Learn Macedonian Online anywhere, anytime with our Native Teachers through Skype to increase your opportunities for career, travel, and love or to learn the culture or teach Macedonian to your children or just for the love of it.

Macedonian is a South Slavic language and is mainly spoken in the Republic of Macedonia. It is also spoken in many countries like Serbia, Greece, Bulgaria, Albania, Australia, the U.K., and U.S where one can find sizeable Macedonian immigrant community. Due to its close resemblance to Bulgarian language many consider it as a south west Bulgarian dialect. Macedonian also displays similarities to Serbian and other Slavic languages.

The two main dialects of the language are Eastern and Western dialects. It is written using Cyrillic alphabet which is similar but not identical to that of Russian.  Macedonian has borrowed words from other languages, especially from Greek and Serbian. Some interesting features of this language are absence of case system and presence of regulated stress, which means that you won't depend on intuition and also won’t face any problems with the accent. It is basically a phonetic language with only few exceptions making it easier to learn.

Planning a trip to Macedonia? Want to learn more about Macedonian culture? Or want to impress your friends with your Macedonian speaking skills? Join our online Macedonian classes and learn from our Personal Language Tutors through Skype!

Learning Macedonian will be helpful not only in Macedonia but also while visiting countries such as Bulgaria, Serbia, Montenegro, Croatia, and Bosnia and Herzegovina where it is understood by majority of the people. Macedonian is the minority language of the above five countries, making it a particularly useful language to learn for this part of the world. Also Macedonia is a famous tourist destination especially the capital city of Skopje. Learning Macedonian gives you a deeper understanding of the Macedonian culture, traditions, customs and way of life

Are you interested in learning Macedonian? Then you are in the right place. We offer online Macedonian classes through Skype. Our one-to-one classes are conducted by qualified Macedonian Language Teacher. We can customize the programmes according to your objectives; whether you want to learn Macedonian for work or travel or family reasons, or take an exam, we will tailor a Macedonian course to you. We offer classes at different levels-Beginner, Intermediate and Advanced. The lessons are customized to your needs and the classes are scheduled as per your convenience. Since our lessons are taught via the internet, what we save in overhead, we pass on to you. So join our online Macedonian classes today and learn the language in a fun, fast and efficient way!

Learn Macedonian one to one online

You can now take Macedonian classes one-to-one using Skype with a tutor of your choice. Our Macedonian lessons are custom, effective, comfortable, and fun. Pick a tutor NOW!

Get custom lessons in Macedonian

Choose anything specific. Whether it is conversational Macedonian classes, business Macedonian lessons or just learning how to greet and impress a loved one. We can help you with them all.