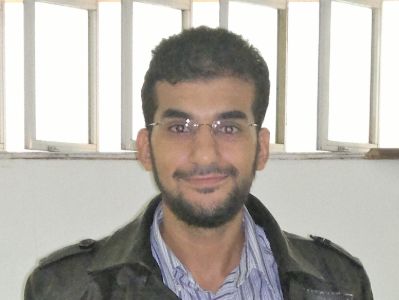 Bachelor of Arts in Business Economics

My name is Aymane, 31 years old, currently I am living in Brazil and I am originally from Morocco. I work as a freelance translator and teacher. I am an open-minded person. I love learning foreign languages, since I master many of them, thus, I speak Arabic, French, English, Spanish, Italian, Portuguese (I may provide proficiency certificate on request) and little bit German. Recently, I've catched up with another amazing langugae; it's Urdu (Hindi) because I love Hindi music, songs and Bolywood movies. In addition, I like helping other people in struggling difficulties and achieving because helping others is like helping yourself, and I am a creative person and big challenger.

October 2011 - January 2016 – Company: Brazil Translations
Position: Quality Control Coordinator
Began as trainee in the Quality Control Department, proofreading and translating texts in Arabic, French, English, Spanish, Italian and Portuguese in different areas, including communications (journalism, marketing and publicity), economics (management and business administration) and Law (powers of attorney, proceeding, certificates and diplomas).
He continued in this career until attaining the position of Quality Control Coordinator “Quality lead”, when he became responsible for quality assurance, quality management and quality policy of the company. He took training in ISO9001:2008 and implemented improvements for all employees and was Leader for the company’s quality auditing.
He developed and implemented the process of selection, evaluation and recruitment of freelance translators, in accordance with the quality standard NBR ISO9001:2008.
July 2011 -to present – Freelance translator
translation and proofreading of various types of documents, especially in the areas of law and economics, such as birth certificates, diplomas and contracts in foreign languages, including English, French, Spanish and Italian, as well as product folders in Arabic.
Carried out translations in more than four languages for companies in the Brazilian market (at three companies: Perfil Traduções, Lions Translations, and Alpha Ômega Traduções) and in the international market (Egypt and Palestine).
August, 2011 to December, 2013 – Teacher of Foreign Languages
Gave classes in French, English, Spanish and Italian at the WIZARD SCHOOL, MORUMBI, São Paulo, Brazil.

In Morocco
LEYTON FRANCE (a French Institution in Morocco)
September 2010 – June 2011
Position: Contract Manager
Directly responsible to the senior commercial manager of the above company for local checking and data analysis for payrolls, verification of contracts for auditing, and checklists.
November 2009 – August 2010
Position: Commercial assistant in local taxes and subsidies.
December, 2008 – October, 2009 – Phone Assistance (a Moroccan company specialized in telemarketing – MICROSOFT XBOX 360)
Position: Telemarketing operator / Bilingual French-to-English Hotliner
Assistance to clients and retention activities in video games (Microsoft XBOX360). During this period, he acquired oral and written fluency in English and was awarded a prize for being the Best Assistant for the Month.
March, 2008 – November, 2008 – Somaca – Société Marocaine de Construction Automobile (a Moroccan institution in Morocco)
Position: Project Trainee – Project manager in computerized maintenance for risk prevention in maintenance processes in the Painting Department (at Somaca, a Moroccan automobile assembly factory – partner to Renault and Logan).
December, 2007 to March, 2007 – Royal Air Maroc (a Moroccan Institution)

Position: Online monitoring of relations with clients in e-business projects.

According to my own experience, I think it's more useful for students to study foreign langugaes on e-learning platforms with experienced teachers who offer affordable prices and well timed courses.

In addition, and having regard to my teaching approach, I give more importance to the listening part (25min) and reading (20min) then writing (15min) for beginners, because the student is supposed to grasp all required information and enhance the vocabulary before starting out the writing